The 1st International Fuel Cell Summer Seminar 2010 was held August 17-20 at Lake Kawaguchi, Japan, at the Kawaguchiko Park Hotel, for the benefit of young scientists in the field of fuel cell research.
About 90 researchers from Japan, USA and countries in Europe and Asia attended the seminar.
Lectures about electrocatalysis, polymer electrolyte membranes, membrane-electrode assemblies, fuel cell vehicles, and so on, were given by seven invited speakers who have been highly active in the fuel cell area; poster presentations were given by the young participants, and all participated in group discussions.
An exhibition of fuel cell-powered electric vehicles, including test rides, was also held.
Throughout the seminar, the young researchers took part in animated discussions, exchanged ideas and built new friendships. 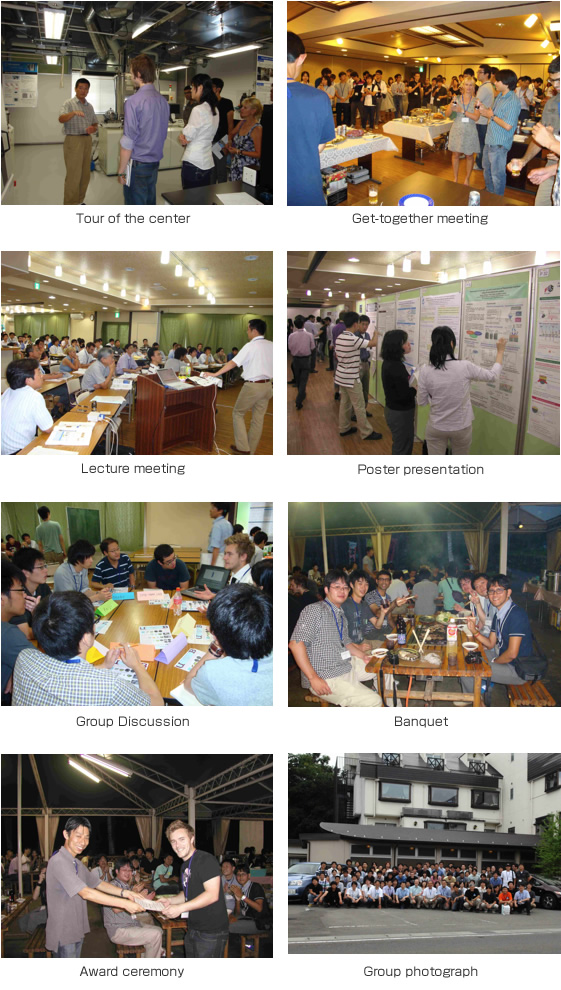